Paranormal Activity in a Sears Westly

Lester Buckner and family built this Sears Westly in Garden City, MI about 1930.

The house was featured on Paranormal Survivor season 1, episode 7. 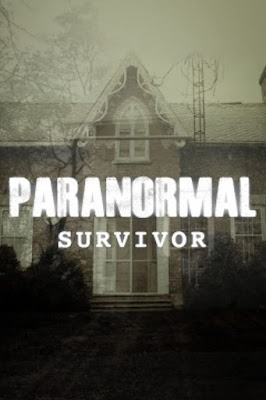 In 1957, Lester's daughter, Patricia, moved into the Westly with her family. Patricia's daughter, Judy, was about five at the time of the move. Judy grew up in the house.

Around 1994, Judy and her children moved in with Patricia, and this is where the story begins. "It's a fabulous house," said Judy on the show. "But many skeletons live in that house."

Judy and her family began observing unexplainable things happening in the house. The stereo would turn on for no reason. Dishes would rattle in the kitchen cabinets. The cabinet doors would fly open if Judy had just closed them.

As time went on, the strange events occurred more frequently.

Judy's son slept in the basement, and one night, Judy was walking down the basement steps so that she could say goodnight. On the way down, she turned around and there was a "dark image" behind her. She screamed and covered her face and it was gone. 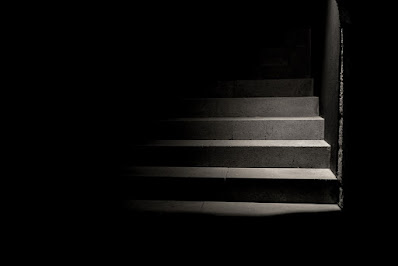 Another night, Judy was sleeping in her bed when she heard rustling and felt somebody crawling up the bed. She initially thought it was a pet, but she felt around and nothing was there. Yet she could still feel the weight of the being.

Nobody believed her stories. Too bad this was in the days before security cameras.

Judy hired a paranormal investigator, in hopes of finding out what was going on. The investigator managed to capture a series of EVPs (electronic voice phenomena).

It was a man's voice that said "Call Beth."

Mike and Beth were married in 1968, just before he left for Vietnam. Beth said that when he returned he was a different person. They divorced, and Mike died in April 1972.

Investigators believe that the hauntings may have started when Judy moved into the house because Mike felt that he could better reach Judy and she could convey his message.

Judy found Beth on Facebook, and told her about the message. Soon after, Beth went with Judy and the investigator to the house. Beth always felt guilty for not staying with Mike and felt that she violated her wedding vows by divorcing.

That night, Beth felt cold breezes as she walked through the house and a sense of "energy" in the room. Through her headphones, she heard Mike saying: "Beth, I love you." As Mike made contact, Beth felt a jolt of electricity go through her body.

Beth realized that Mike was not angry, and now she "could let go of the guilt she was carrying around". Today, Beth is finally at peace.

The Buckner descendants sold the house in 2018.

Truly chilling! Those who scoff at such stories have never had such an experience. I lived in a haunted duplex while in college; no one can tell me that ghosts aren't real.

I'd like to watch the Paranormal Survivor episode but the link above takes me to an episode about a haunted barn in Connecticut. This Westly may have been haunted, but the rest of them are quite user-friendly!

That is the episode! It's at the end. I'd like to hear more about the haunted duplex!

Thanks; I'll watch the full episode now. The duplex was built as a single-family house in 1899 and converted to a duplex during the Depression. It was a wonderful house which I enjoyed living in for four years. I lived alone, but once in a while would have an overnight guest. It was on these occasions that the "presence" would sometimes make itself known. Footsteps on the stairs, audible bumps and thumps. The most terrifying was when the stereo came on by itself at full volume around 3:00 am. One night stands were usually just that: one night! Non-audible events included finding doors open when I knew I had shut them and "losing" objects only to find them in an unexpected place later. I was missing a small can opener for weeks before finding it one morning in my medicine cabinet upstairs! I have not experienced anything like this in the houses I have lived in since that time.

Sounds like the things that Judy in the episode experienced!

Almost identical! Thankfully, I never had an invisible entity try to crawl into bed with me. From what I've read, opened/closed doors and windows are typical phenomena associated with hauntings. My stereo (very big, very 70's) was in a latched cabinet. It could only be turned on by depressing a button. I never listened to it a full volume; it rattled the house and scared my cat. I suspect that some physical things are easier for the non-physical to manipulate than others. I sometimes wonder if others living in that duplex have experienced similar events or if the entity has moved on.

Almost identical! Thankfully, however, I never had an invisible entity try to crawl into my bed. Opened or closed windows and doors seem to be hallmarks of paranormal activity... they seem to be fairly common occurrences from what I've read. My stereo (very big, very 70's) was in a latched cabinet and could only be turned on by depressing a button. I never listened to it at full volume as it rattled the house and scared the cat. It may be that some things are easier for the non-physical to manipulate than others. I sometimes wonder if others who have lived in that duplex have experienced similar events.